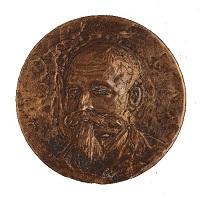 Prof. Klaus Betke (1914 - 2011), former director of the Dr. von Hauner Children's Hospital, was the doyen of pediatric hematology in Germany. The International Klaus Betke Symposium combines our remembrance of Professor Betke with our mission to raise awareness of the importance of rare diseases in children.

After a covid-related interruption of the series, the Klaus Betke Symposium in 2023 will be dedicated to the importance of single cell analysis in congenital disorders of hematopoiesis.

During the Klaus Betke Symposium, the August von Hauner Medal for outstanding achievements in pediatrics will also be awarded in a ceremony. 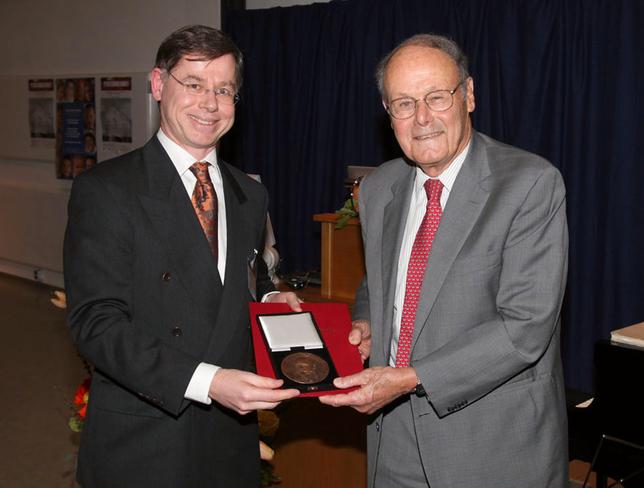 The Dr. von Hauner Children‘s Hospital honors its former director Professor Klaus Betke (1914-2011) with a scientific symposium on the topic of rare red blood cell diseases. Professor Betke was a pioneer in pediatric hematology. Today, Dr. von Hauner Children’s Hospital is still a reference center for children with red blood cell diseases. More than 300 children a year are treated here for blood diseases that do not belong to the leukemia group. These include, for example, sickle cell anemia and thalassemia. Sickle cell anemia is the first disease for which a genetic cause has been identified. In Germany, this disease is very rare, with estimates of approximately 2000 patients, most of whom are children. The disease leads to the defective formation of a component of the red blood pigment (beta-globin) due to a small weaving defect. The consequences are anemia, severe and life-threatening pain crises, chronic organ damage and a severely shortened life span. In 2013 when the symposium took place, about 25 patients with sickle cell anemia were being treated at Dr. von Hauner's Children's Hospital.

Doctors and scientists from all over the world cam together to present their research results at the Klaus Betke Symposium and exchange ideas regarding new treatment methods. A breakthrough in the treatment of patients with hemoglobinopathies was made possible by the scientific work of Professor David G. Nathan at Children's Hospital, Harvard Medical School. He not only laid the groundwork for a treatment that prevents iron overload, but demonstrated the benefits of hydroxyurea therapy in patients with certain hemoglobinopathies. As a close companion of Klaus Betke, he is also closely associated with the Dr. von Hauner Children's Hospital. He has been honored for his life's work with the first-ever Dr. von Hauner Medal. 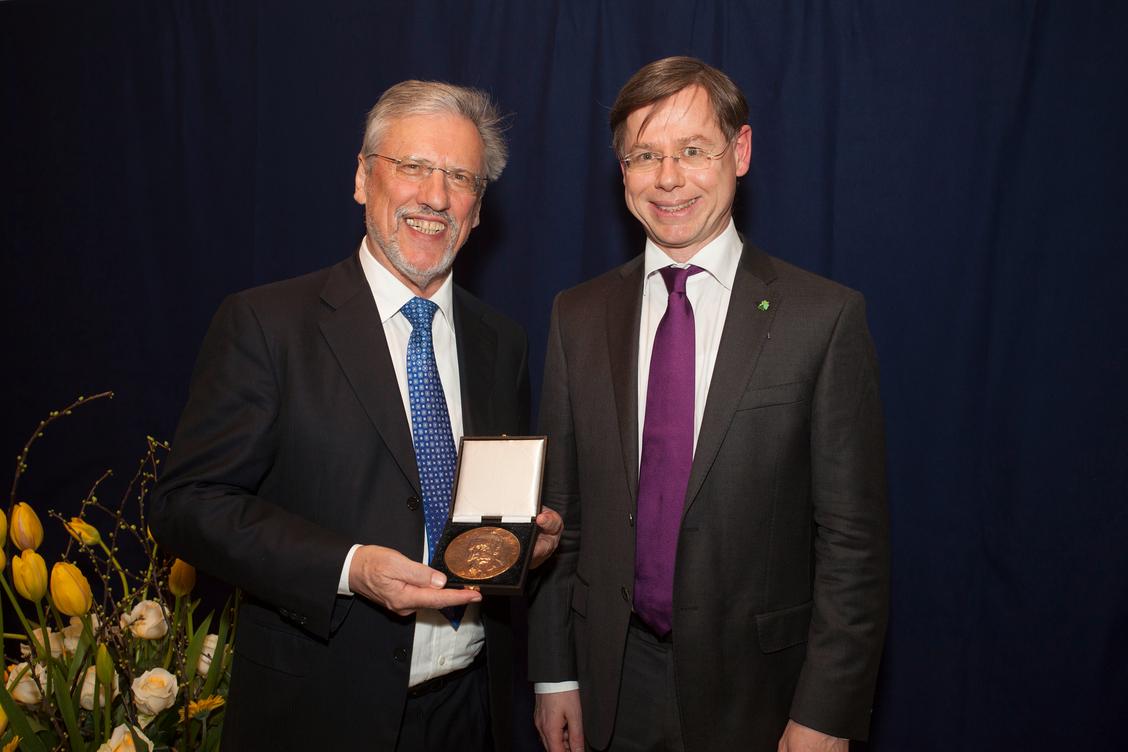 Following their lived example, the fruitful connection between clinical medicine and scientific research became tangible at the Klaus Betke Symposium.

For the second time after 2013, the symposium was held in memory of and to continue the work of Klaus Betke. The hematological focus was expanded by an interdisciplinary element at the suggestion of the co-organizer of the Hector Fellow Academy: in addition to neutrophil granulocytes, the biology of mitochondria was also addressed.

Over 150 physicians and scientists from pediatric hematology, immunology, genomics, cell biology, biochemistry, and others gathered to listen to and discuss presentations by high-level experts in these fields. The result was an exciting meeting of basic researchers and physicians held at the highest scientific level.

During the symposium, the Dr. August von Hauner Medal for outstanding achievements in the field of pediatrics was awarded for the second time in a ceremony, this time to Prof. Dr. Karl Welte of Hannover Medical School. Prof. Dietrich Niethammer praised Welte's life's work as a particularly successful example of bridging the gap between clinical medicine and scientific research.

“Clinical and immunological aspects of inflammatory bowel diseases in children” 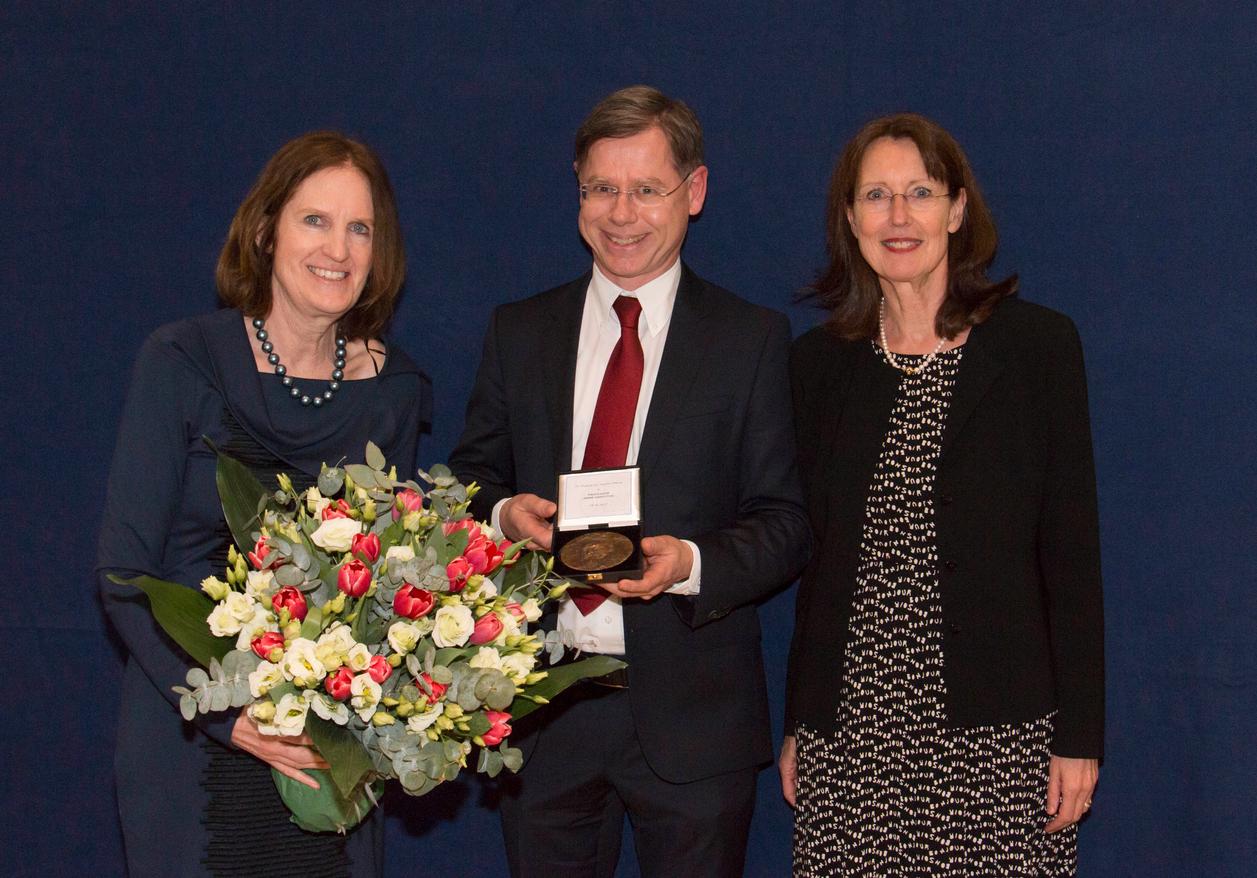 The third international Klaus Betke Symposium on rare diseases in children took place in Munich from February 28 to March 1, 2017. The focus in that year was on very early onset inflammatory bowel diseases (VEO-IBD). Renowned scientists from all over the world came to Munich to present current research results and discuss new therapeutic approaches.

During the opening ceremony of the conference on February 28 at the Dr. von Hauner's Children's Hospital, Anne Griffiths, professor at the Hospital for Sick Kids in Toronto, was honored with the Dr. August von Hauner Medal. The Canadian received the award for her contributions to research into chronic inflammatory bowel diseases. The Else Kröner Fresenius Clinical Research School Symposium was also held on the first day of the conference; a panel discussion on Rare Disease Day and the importance of research concluded the program.

In 2017 the Klaus Betke Symposium also provided the setting for the annual meeting of the VEO-IBD Consortium. Consortium members - international pediatric gastroenterologists and scientists from academic centers - shared current research projects, discussed case studies, and developed strategies for further international cooperation. The goal of the VEOIBD consortium is to elucidate the causes of rare variants of inflammatory bowel disease and to develop new treatment options.

The meeting was held at the Carl Friedrich von Siemens Foundation, whom we sincerely thank for their generous support.